Profiles in a Rivalry: Leonard Wood

Share All sharing options for: Profiles in a Rivalry: Leonard Wood

You can't talk about georgie vs. Georgia Tech without mentioning Leonard Wood, the ultimate warrior and ultimate MAN of football. 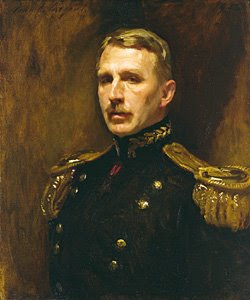 Leonard Wood was one of the earliest famous alumni of Georgia Tech. Initially a graduate from Harvard Medical School, Wood immediately joined the United States Army, was sent to Arizona, and was instrumental in the capture of the famous Geronimo. Due to his valiant service, he was awarded the Congressional Medal of Honor. In 1893, Wood was transferred to Atlanta to serve at Fort McPherson . While stationed in Atlanta, he enrolled at the Georgia School of Technology to receive his Master's degree. While he was at Tech,Wood became the captain of the football team as well as the acting coach of the squad. He led the team to Tech's very first victory, a 28-6 triumph over the Georgia Bulldogs. Following the rout, the ever-classless Georgia fans began throwing rocks at the team as they made their way to the train back to Atlanta. Wood was injured during the attack, receiving a large gash on his forehead. In a display of his mettle and fortitude, Wood cleaned his wound and sutured and stitched his own face.

After this game, the rivalry was born and it has been hate ever since.