Spending the Day with the Ramblin' Reck

Share All sharing options for: Spending the Day with the Ramblin' Reck 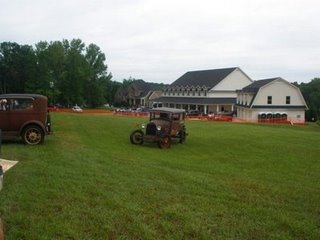 For those of you that don't know, we here at TheLegacyx4 all have a special connection to the Ramblin' Reck. Bird drove the car in 2007 and I am fortunate enough to have the honor for this year. DFJ and Dane are both assistants and help with the maintenance of the car. Taking care of the car is one of the best college experiences a person can own. This past Saturday was one of those great days where we took the Reck to simply show it off and make it a centerpiece of an event. We took the Reck to Maysville, GA to an event called Grandfather's Day, a festival paying homage to the Model A Ford. There were some beautiful, show-quality cars and there were some junk cars. But none were as special as the one and only Ramblin' Reck. 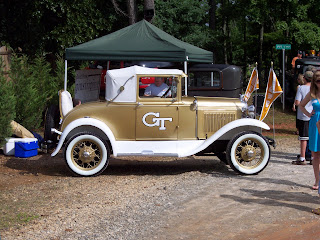 Approximately 9:30 AM. As other Model A's arrived, the first car to be seen is the Ramblin' Reck 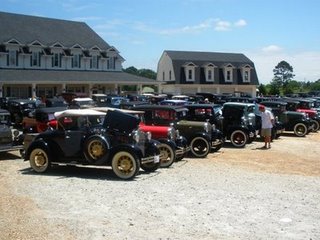 The lot not even half-full

Probably the coolest car to arrive after the Reck was a 1930 Model A Coupe painted in Ole Miss colors but designed to imitate our car. Imitation is the greatest form of flattery so Dane and I became friends with the owner and we realized that he is a Ramblin' Reck junkie. He knew the stories and history of the Reck all because he wanted his car to be as exact as he could as he could make it, even down to the upholstery. So that everyone knew who he modeled his car after, he has dubbed it the "Ramblin' Rebel". Truly a nice car to look at (and ride in as it pushes 50 MPH. Just ask Dane.) BTW, the first question I asked was whether the Rebel played Dixie. Not yet, he answered, but come September, the horn will be ready. 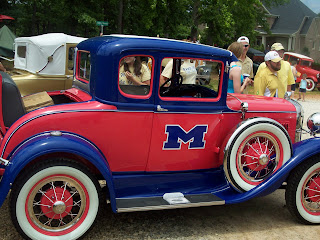 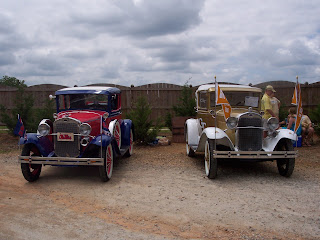 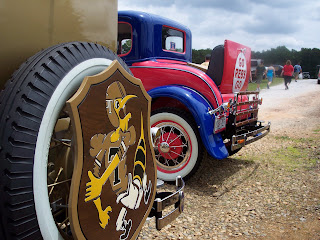 Grandfather's Day was truly a unique experience. It always happens the first Saturday in June at Mike's "A" Ford-able Model A Parts in Maysville. It's a great time to see these antique cars and learn about them even more. Saturday is one of those days that I will never forget and I am proud to say that I was a participant.