Share All sharing options for: Coach Gailey: The Movie 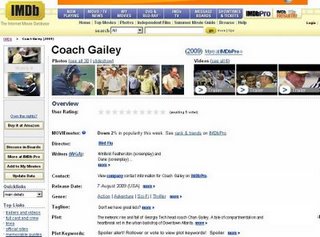 I was tooling around on IMDB and thought about the production of a major motion picture. A mixture of documentary, science fiction, and sports movie. I came up with Coach Gailey. Gailey (Gene Hackman) is the central figure as the story chronicles his rise to fame as a Cowboys/Phins coach, eventual Tech head coaching gig, and finally as a KC Chiefs coordinator.

The story has twists and turns including epic victories and defeats, crime, team in-fighting, and eventually aliens. It's a helluva moving picture show narrated by none other than James Earl Jones. Other superstars include Steve Buscemi as the fish out of water Patrick Nix, John Salley as the friend and confidant Paul Hewitt, and even a brief cameo by Nicolas Cage. 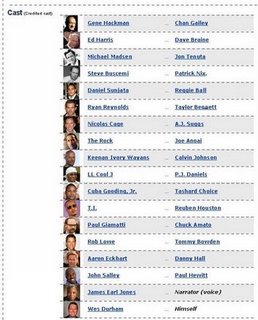 Anyone else you'd like to see portrayed in the Chan Gailey Movie? Would you pay 10 dollars to see it?