Share All sharing options for: Helen Hunt is a big ol' snuggybear

Anyone who has lived in Georgia for more than one football season knows that the Athens cultists have a very, very predictable pattern. Generally, their preseason expectations are that not only will they win the big show, usually stemming from ignoring every other facet of CFB during the offseason.

They (obviously) don't meet those expectations and until after the spring game (where they crown some overrated running back as the next coming of Herschel Walker), they spend most of their time praising St. Richt's "integrity" yet wondering if he and his staff can "take them all the way". It even gets in the press. Current topic of discussion? The fact that Mark Richt is, well, kind of a sissy.


Is Mark Richt intense enough? The jist of the collective dawg answer: sure. 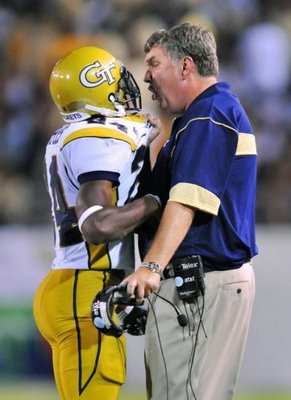