A History Lesson in Tradition: The T-Book

Share All sharing options for: A History Lesson in Tradition: The T-Book

In an effort to inform, educate and teach as many people as possible, The Legacy crew brings back some of their more popular posts from the "old days". Today, the history of the T-book. The resource for Georgia Tech history and traditions. 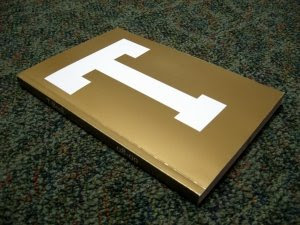 As Dane let all of you know last night, the T-book is back on campus at Georgia Tech. Many of you might not actually know what the T-book is or what it was. Here's the information and the history on the book and what it means to the Institute.

The first T-book was published in 1906 by the YMCA. The purpose of the book was to serve mainly as a student handbook and a guide to the school for all the incoming freshman. The organization continued to publish the T-book until the 1968-1969 school year. The hard, physical edition of the T-book was finished for 40 years. However, a legacy was left by the T-book pioneers as the University of Florida developed their own version of the T-book (called the F-book). The F-book is more of what the T-book was originally, a student handbook that discusses all organizations, clubs, athletics and traditions.

In the early 2000's, the T-book morphed into an online "Rat's Guide to Tech" and more of a living document that editors could constantly update. Access was available to all through the internet but unfortunately updates and advertising were hard to come by and the site was not updated as much as some had hoped. Knowledge and information about Georgia Tech traditions and history began to fall by the wayside.


After researching the history and the legacy that the T-book created and left behind the Ramblin' Reck Club
has brought the T-book back. Georgia Tech has been without the T-book for nearly 40 years and it is time to end the drought. Today, the T-book talks about the history of Georgia Tech and the traditions that make the Institute so unique. Personal letters to the owners are written by Football Coach Paul Johnson, Men's Basketball Coach Paul Hewitt, Athletic Director Dan Radakovich, Interim p\President Gary Schuster, and SGA President Nick Wellkamp.

The T-book is comprised of two parts. The first part is history. Timelines and letters, famous athletes and coaches of old can all be found in the front half. The second part is for the student. It is time for the owner of the T-book to "Complete the Tradition". To complete the tradition, the student must take a picture of themselves doing the tradition and then paste their own personal picture into their book in the space allotted. This allows everyone to not only learn about the traditions that make Georgia Tech so unique but they also get to partake in them.

So for the 2008-2009 a tradition hasn't been started, rather it has been picked up and continued.

Other History Lessons in Tradition: Buzz and the Yellow Jackets and the Ramblin' Wreck